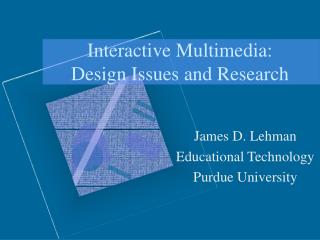 INNOVATION IN RESEARCH - . by jon puleston vp innovation gmi interactive. what have we learnt about conducting online

CGMB113:Multimedia Technologies - . chapter 1: introduction to multimedia. objectives. at the end of this chapter,