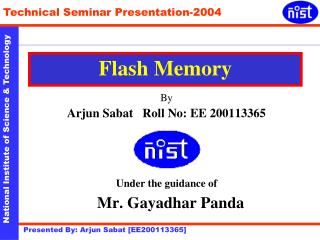 Flash Distillation - . flash distillation is the simplest method of separation. a feed stream is “flashed” into a

AP PSYCHOLOGY Review for the AP Exam - . memory chapter 9. memory. memory *persistence of learning over time via the

Biopsychology of Memory - . what is memory?. the storage of information about our experiences. major research questions.

Unit 2 – Memory - . section 1: memory processing. what is memory?. the ability to remember things we have experienced,

Y1.U1.Flash - . overview/history. blank. next. in which type of restaurant do customers order and pay before eating?. 1.

Myers’ PSYCHOLOGY - . chapter 9 memory. what is memory?. memory your mind’s storehouse ability to store and retrieve

Memory - . chapter 6. three processes of memory. memory – an active system that receives information from the senses,