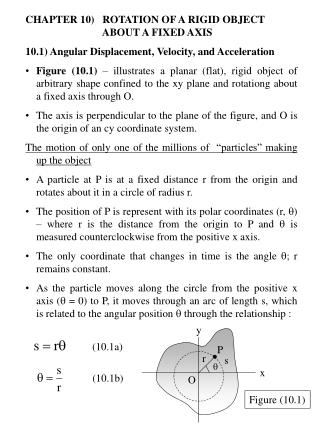 Lever Systems - . classified systems of torque relative positions of force, resistance, and axis of rotation vary in the

Chapter 8 Rotational Equilibrium and Dynamics - . 8-1 torque. torque (t). a quantity that measures the ability of a force

AND chapter 12 - . forces. motion. what is a force?. a force is a push or pull that acts on an object. a force can cause

Starry Starry Night - . by: angie bowen. rotation vs revolution. revolution a complete trip of the earth around the sun.

Earth’s Rotation and Revolution - . earth’s rotation – causes daily changes. the spinning of earth on its axis –

Chapter 4 - . the laws of motion. force. force is associated with the change in the stat of motion of an object. force is