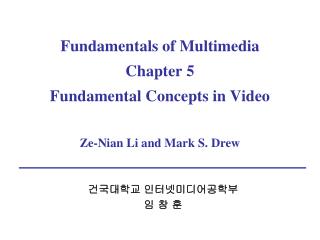 Chapter 7 QoS and Multimedia Networking – part B - . adapted from computer networking: a top down approach, 6th

Programming Fundamentals - . feliks klu ź niak. executive summary: this is a short overview of the course . the purpose

Multimedia Chapter 1 - . video #1. multimedia. is the integration of text, graphics, sound, video and animation into a

CGMB113:Multimedia Technologies - . chapter 1: introduction to multimedia. objectives. at the end of this chapter,

Chapter 1 Fundamental Concepts - . signals. a signal is a pattern of variation of a physical quantity, often as a

Fundamental Concepts - . tutorial 1. to answer just click on the button or image related to the answer. let's go !!.