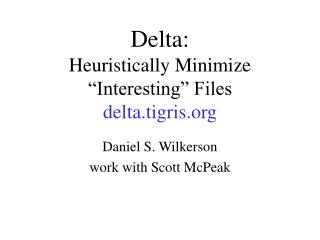 Welcome to Criminal Law and Procedure - . what are we doing?. the people of the state of new york v mike delta and alfred

Lateral Epicondylalgia - . how can physical therapy help your patients with this painful condition? group delta. lateral