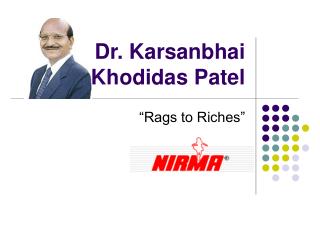 Business Personality KARSANBHAI K. PATEL Man behind the hugely successful brand, NIRMA - His' is a legendary rags to

Jay Patel - . i work hard at school. i’ve got lots of friends. i’m good at helping. important people in my life….

Patel Neotown - Is a residential project by patel group at greater noida west. it is available in the 1 bhk,2 bhk,3 bhk

Rohan Patel - . mission statement. to refresh the world… to inspire moments of optimism and happiness… to create

Patel Neotown - The project consists of 2,3 and 4 bhk apartments and modern amenities such as a club house, gardens,