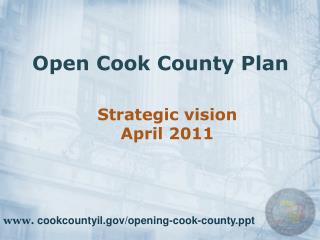 The County Plan - . disclaimer. each individual’s needs for health care vary and decisions should be made based on

CPPW: Cook County, IL High School Survey - . among students who rode a bicycle during the past 12 months, the percentage

Burnet County Comprehensive Plan - . what is the comprehensive plan?. this is a county strategic plan that will focus on