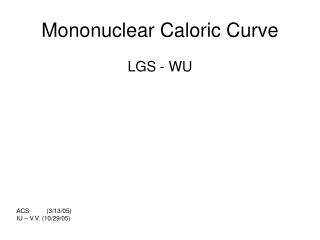 Caloric Intake vs. Caloric Expenditure - . what is a calorie?. a unit used to measure food energy. it is the amount of

Caloric Value Lab: - . calorimeter. samples:. predictions:. which food do you think will have the highest calorie/gram

Caloric model (Bad) - . heat is a fluid (caloric) heating up a cup of coffee coffee on the counter. count rumford. boring

Caloric Equation of State – Ideal Gas - . for an ideal gas,. since we are dealing with an ideal gas, pv = rt .

Demand Curve - . by: mustafa abdalla. table of contents . the difference b etween d emand a nd s upply. demand is what

Curve Sketching - . the second derivative and points of inflection. graphs that are concave up on the interval a &lt;

Learning curve - . as firms gain experience in production of a commodity or service, their average cost of production