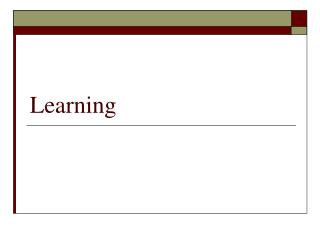 Learning. Define Learning. Learning is a relatively permanent change in behavior as a result of experience. Classical Conditioning. In classical conditioning , we learn to associate two stimuli and anticipate events.