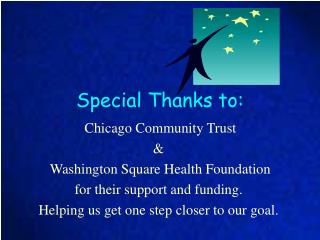 Special Thanks to:. Chicago Community Trust & Washington Square Health Foundation for their support and funding. Helping us get one step closer to our goal. WHY TALK FAT? Origins of the Project. Growing awareness of obesity as a national problem. National Concerns . The 10 th National Conference in Special Education presents - . quotable quotes on special education a compilation of