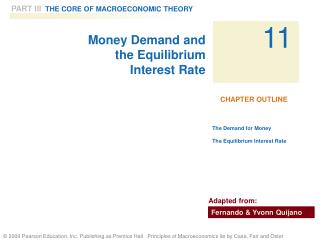 Chapter Eighteen - . introduction. there are three interest rates: the federal funds rate, the discount rate, and the

Time Value of Money Problems - . 8. calculating interest rates you are offered an investment that requires you to put up