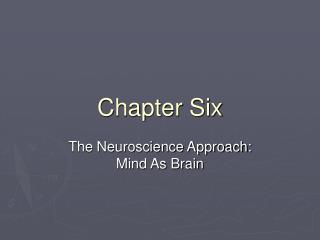 Chapter Six. The Neuroscience Approach: Mind As Brain. Neuroscience. The study of nervous system anatomy and physiology in man and other species. Cognitive neuroscience studies the structures and processes underlying cognitive function.