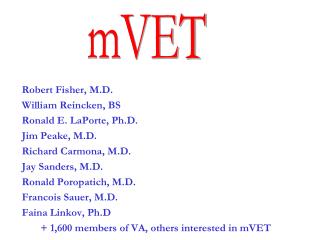 M.D./Ph.D. Program - . in cooperation with. the md/phd program is made possible by a generous grant from the

Robert B. Tesh, M.D. - Robert b. tesh, m.d. historical evidence of resistance to yellow fever acquired by residence in

Kaan Yücel M.D., Ph.D. - Exam of the lower extremities from a practical guide to clinical medicine university of