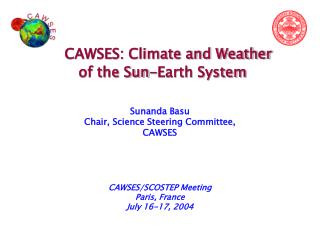 COMPONENTS, ELEMENTS AND CONTROLS OF CLIMATE (Lecture 1) - . climate as a system. spatial variations in climate. climate

Air – Sea Interactions - . weather vs. climate. weather is the current condition of the atmosphere at any moment. can