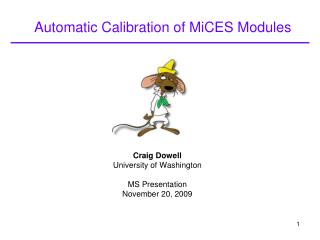 Automatic Placement of Authorization Hooks in the Linux Security Modules Framework - . context of this talk.

Outline of Modules - . 1. introduce interest : the professional educator 2. introduce awareness : overview of the

Modules - . program is built out of components. each component defines a set of logically related entities ( strong

Modules - . a perl module is a self-contained piece of perl code that can be used by a perl program or by other perl