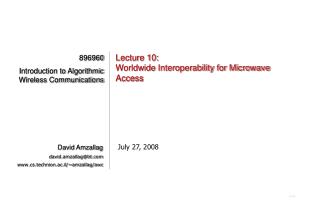 This is Microwave starting from 300MHZ to about 60GHZ - . chapter 0. the aim of this course is to give a) basic notions

Microwave Remote Sensing: Principles and Applications - . outline introduction to rsl at the university of kansas