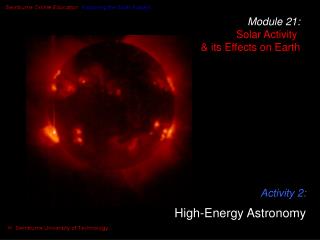 Elements of the Solar System, Exploring Extrosolar Planets and Evolution of Planetary Systems - . fiz466, İtÜ. the

FADTP 3-1 - . we are learning to : describe how objects in the solar system are in regular and predictable motions that

Astronomical and Physical Sciences - . the universe, the solar system, the earth, and life were recently created.

Module 10: Mercury - Planet of Extremes - . activity 1: observing mercury. summary:. in this activity, we will