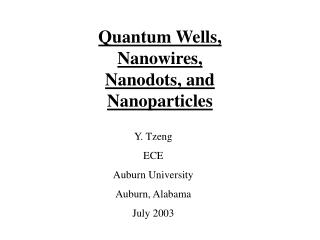 4.Nanowires - . nanowires are especially attractive for nanoscience studies as well as for nanotechnology

0-D Nanostructures (aka Nanoparticles or NPs) - . review: what is matter again?. why do we really care about matter? what