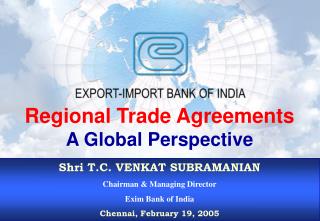 Trade Facilitation: A Regional Perspective - . regional policy forum on trade facilitation in times of crisis 20-22 may

Regional Trade Agreements and the WTO - . what is an rta in the wto?. types of preferential trade liberalization:. in the

An Analysis of Trade Policy Environment and Global Production Networks: Implications on Regional Agreements - . by tereso