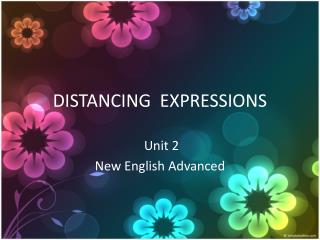 DISTANCING THE FACTS - . distancing the fact . seem / appear: we often use seem and appear to give information without

Custom Social Distancing Product - From product concept, logo brand design to product placement, we have the vision and

EXPRESSIONS - . 1. asking and giving permission. expressions. responses. asking for permission can i stay up until the

Expressions - . an expression is a sequence of operands and operators that reduces to a single value. an operato r