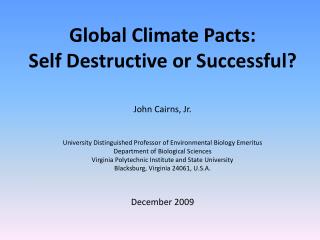 Global Environmental Politics - . the rise of the private sector. topics. current affairs what is global environmental

Global warming and CO2―Are we headed for global catastrophe in the coming century? Don J. Easterbrook - . is global