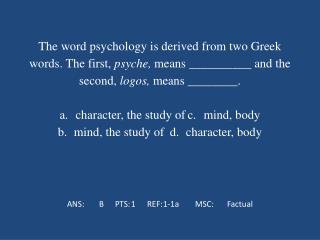 The Flowering of New England - What is transcendentalism?. it is described as a spiritual state that 'transcends' the

3.1 Statements Negations, and Quantified Statements - . sentences can be factual statements, opinions, commands or

As an teen I wanted fame; I craved factual certainty; I thirsted for a meaningful vision of life --

Factual Radio Production - . learning outcomes. you will be able to describe the different types of factual radio

Unit 7 progressivism People to Know (to help with free-response “specific factual information”) - . the

4.01 - . promotions. 37. which of the following best describes the relationship of promotion and marketing?. subsidiary

Agreeing to and Objecting to Factual Information - . a. agreeing to factual information. the expressions to be used are