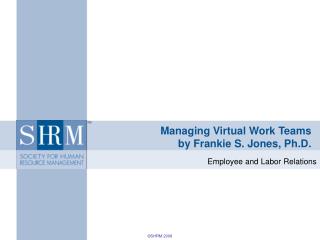 Work Teams - . work group: a group that interacts primarily to share information and to make decisions to help each group