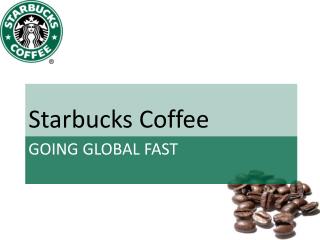 Going Global… - 4.01 understand the importance of demographics, and the effect of population and social class on

Going Global - . licensing strategic alliances fdi. exports is not the only option. barriers to trade such as tariffs,

Going Global - Lo: understand the reasons why some uk businesses decide to locate in other countries. going global. you

Going global ! - . sharon witt march 2012. aims of the session. consider the value and challenges of teaching about

Going Global Without Going Nuts - . agenda:. about. alliance data systems corporation is a leading provider of