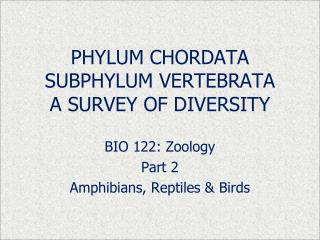 Subphylum Vertebrata - . the vertebrates are a large and diverse group including the fishes and tetrapods (animals with 4