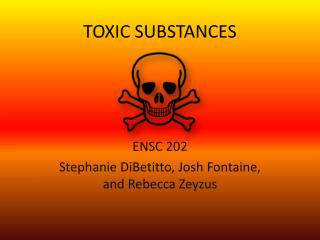 Toxic Substances Control Act of 1976 - . shirley chen period: 3. what is tsca?. the toxic substance control act is a

DETOXIFICATION OF TOXIC SUBSTANCES IN LIVER - Biotransformation of xenobiotics and endogenous toxins in the liver: