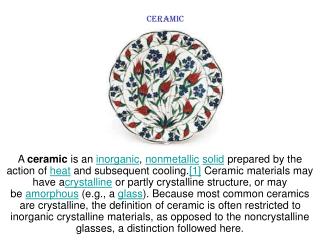 Ceramic art - . why clay. a human is “a being with brains and hands. as such our greatest joy comes when w can employ

Ceramic mugs - . theme- a couple. this project will require you to create two mugs . these mugs must have an aesthetic

Ceramic Houses - . vocab. slab – a large flat piece of clay rolled out by a slab roller or a rolling pin coil – rope

Ceramic Crowns - Porcelain veneers are used to coverup the front surface of your tooth. whether you are looking to get

ceramic ferrule - Ceramic ferrules for stud welding is used to protect the welding fluid from leakage, so that stud

Ceramic Teapots - . mrs. miranda’s ceramics class. our next project is to design and construct a teapot. in preparation