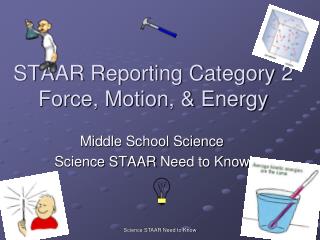 PASS Content Standard 3.1 - . all energy can be considered to be either kinetic, which is the energy of motion;

AND chapter 12 - . forces. motion. what is a force?. a force is a push or pull that acts on an object. a force can cause

Force and Motion in Two Dimensions - . chapter. forces in two dimensions. 5. in this chapter you will :. represent vector

Chapter 4 - . the laws of motion. force. force is associated with the change in the stat of motion of an object. force is

TOPIC 5: Work, Energy &amp; Power - . work. definition of work: when a force causes a displacement of an object

Chapter 2 The Energy Cycle - . atmo 1300 fall 2009. why study solar radiation?. the sun is the ultimate source of energy