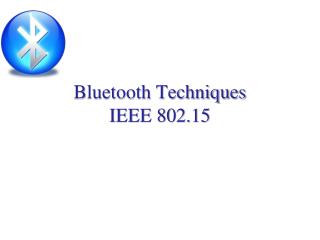 Bluetooth Techniques - . chapter 15. what is bluetooth?. bluetooth wireless technology is an open specification for a

6-1. Bluetooth Architecture Overview - . agenda. who is bluetooth? history and background what does bluetooth do for you?