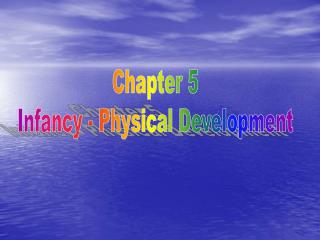 Physical Development in Infancy - . questions. what is neoteny? what are the basic patterns of physical growth in