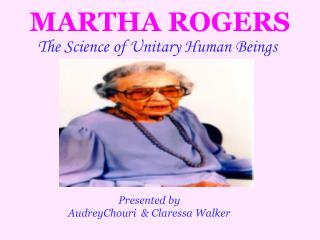 Martha, Dear Martha - . by: jimmy watson. martha, as i lay here, dying from a gunshot wound,. i think about the day when

Rogers - Gynecology &amp; women’s heath. i take the time to listen to my patients and provide them with

Martha Washington - . by: olivia s lack. born. she was born in virginia, england. early life. she had three brothers and