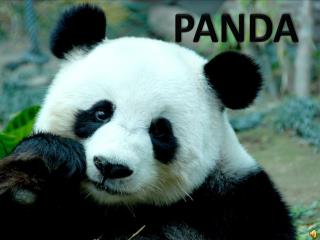 Panda - . pandas are mammals that live in china. there very few pandas in the world. pandas are in risk of extinction.

panda - . by : saleh. habitat. bamboo for ests in the mounta giant pandas live in the inous areas of china. size. the

Panda - . by: adam. introduction. i picked a panda because i do not know a lot about them. habitat. they live in the high

Red Panda - . lesser panda by madi. appearance of the red panda. the red panda is the size of a house cat the panda has

Giant Panda - . arianna g. habitat. the giant panda lives in central china. they sleep at the bottom of trees under

Giant panda - . a scientific presentation by emma, amelia and nikita!. where they