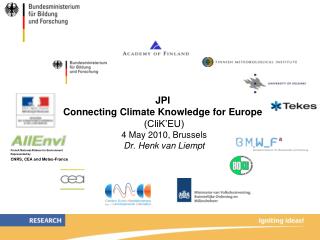 Initiatives involving social partners in Europe on climate change policies and employment - . presentation of the results

Mediterranean Europe - . spain, portugal, italy, and greece. what is the climate of mediterranean europe like? what

Brussels – Springboard for Europe Invest in Brussels - . belgium. at the boarder of 3 main european cultures. 10,8

Covenant of Mayors A commitment towards Europe’s energy and climate policy - . meeting of the aer working group on

Climate Regions of Europe - . wind and water. the ocean currents and the wind patterns affect the climate in europe .

Gordon Clark ,DG EAC Brussels, 1 June 2010 - . the eu’s approach to lifelong learning and its role in the strategic