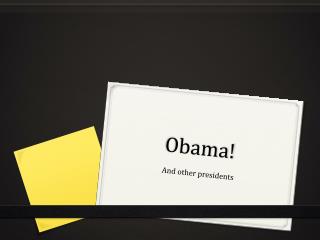 Obama!. And other presidents. The Presidency. President: one who is elected to lead a group. . 2012 Election. This year, Obama was the Democratic nominee, and Mitt Romney was the Republican nominee. (They represented the two major parties in the government.)