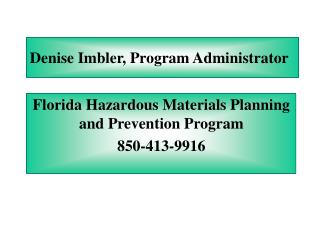 New Program Administrator Training - New pa training. what is a program administrator?registered with dept of accounts

Denise Babilya - . otherwise known as… -d. -nisey -dennis (but only by my brothers, pictured to the left and above).

Denise Chac - . eeb: art and organism, spring 2014 senior in anthropology and ecology and evolutionary biology. the