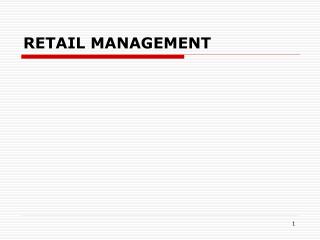 RETAIL MANAGEMENT - . an introduction. retailing is a part of our life in recent past buying and selling has become more