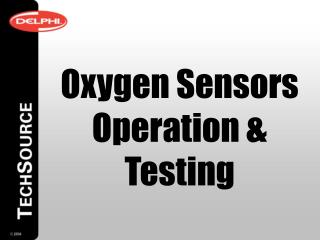 Oxygen Cycle - . required for life. all living things use oxygen or depend on organisms that use oxygen in some way. all

Oxygen Treatments Pre- and During Fermentation - . linda f. bisson department of viticulture and enology university of

Status of O 2 sensors and the O 2 White Paper - . stephen c. riser, university of washington. there are presently more