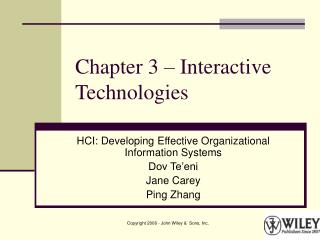 Chapter 5 - Ethernet basic, coaxial cable based ethernet technologies (10base5 and 10base2). chapter 5. ethernet: a

Hard Drive Technologies - . chapter 9. overview. in this chapter, you will learn to explain how hard drives work identify

Chapter Eighteen - . technology. technologies. a technology is a process by which inputs are converted to an output. e.g.