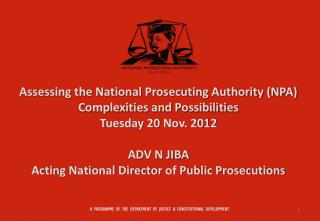 PROSECUTION - . keep in mind. a good investigation is the key to a successful prosecution!. there is no “i” in team.

Prosecution Process - . complaint is a sworn written statement charging a person with an offense, subscribed by the

Prosecution Lunch - . october 2010. bits and pieces from the patent side. crowing about reduction in pending cases from

Victim-Centered Prosecution - Objectives. understand how to successfully prosecute a case from a victim-centered