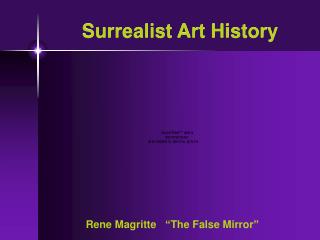 Art History - Timeline. art history. how did it all start?. art began over 27,000 years ago as humans became smarter

Art History - . chapter 3 arttalk textbook. what is art history?. art history is the record of art from past to present

Art History - . hallema mitchell. methods and inquiries of art. art then- any kind of visual material that is created