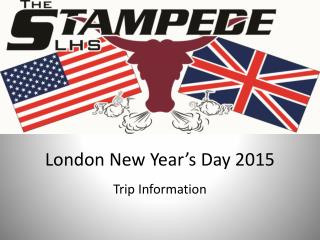 2015 Year in Pictures: Animals - A selection of images of some of the best animal photos of 2015 from photographers all

TxEIS Next-Year Payroll for 2014-2015 - . region 18 esc information systems. overview. the purpose of this guide is to

My trip to London England - . by yu-jo chang. why london?. visited a friend the metropolis architecture royal