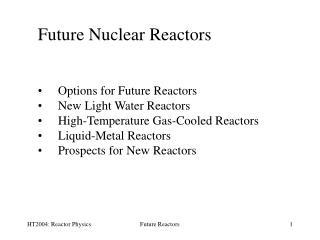 TRANSFORMER &amp; REACTORS - . introduction. electricity: the clean and versatile way to provide power to the

The Nuclear Energy Research Advisory Committee (NERAC) of the Department of Energy - . and the future of doe’s nuclear