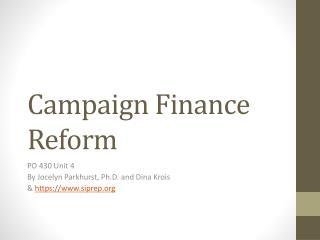 Election Reform and Campaign Finance Reform - . i. the primary process. major criticism has been directed at the media

Campaign Finance - . finding the dough…. why it matters. candidates need money to run their campaigns, but too much