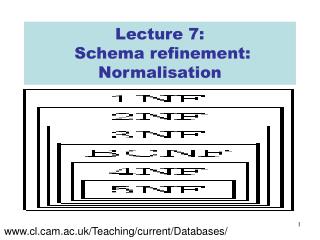 The Banff Cl assification: Slide Seminar - . kim solez, m.d. the banff schema was first developed by a group of

Design (Chapter 19) - . introduction. typically, the first database design uses a high-level database model such as the

XML Schema - . the main source for these slides is “the xml companion” by bradley other resources:

Schema and Data Translation - . paolo atzeni università roma tre based on tutorial at icde 2006 paper in edbt 2006 (with

Lecture No 07 The External Assessment - . lecture outline. the nature of an external audit economic forces social,

Monte Carlo methods in finance - . discretization of stochastic differential equations. the euler scheme and a first