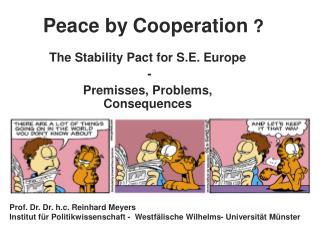 A Separate Peace by John Knowles - . a novel of growing up during war times. author john knowles. born in 1926 in west

Peace - Lectio divina. it is especially necessary that listening to the word of god should become a life-giving

Peace - . inner. my interest of

Peace - . psalm 23. “it is especially necessary that listening to the word of god should become a life-giving

Peace - . acts 9:31 - 10. god’s kingdom of peace. so the assembly throughout all judea and galilee and samaria enjoyed

PEACE - . c.s. lewis said ‘expectations are everything’ we get depressed over our depression. we are sad that we are

Peace - . quiz. who was the leader of the moral force chartists? what good idea did fergus o’connor set up? why is the

Peace - . a blessing for all. the mass of men lead lives of quiet desperation. henry david thoreau. god’s peace, which

Peace - . what is peace?. peace is a state of harmony where there is no violent conflict. there is also equality and