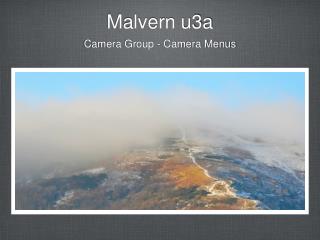 WELCOME TO RAVENSHEAD U3A MAY MEETING - . your committee needs you. our annual general meeting is to be held on tuesday

Malvern - . by isabell, alex, william and bethany. amazing activities. the activities were very exciting. we didn’t

SYDNEY U3A inc - . invites you to spend a few minutes to view this slide show. the university of the third age. founded

Malvern OEC - . introduction. we have had an amazing experience by meeting new friends at malvern outdoor education

Malvern u3a - . camera group - february 2012. each slide will run automatically. just use ‘click’ to move from one

Malvern Outdoor Centre - . this is a power point about the malvern outdoor education centre. going to see our