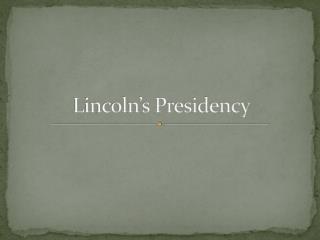 The woes of Dilma - The controversial presidency of brazil's dilma

Bombay (The City in Colonial India) - . presidency cities. the pace of urbanization in india was slow during the colonial

The Presidency - . standard. sscg13: the student will describe the qualifications for becoming president of the united

Introduction to Banking - . mishu tripathi. history of banking in india-phase i. three presidency banks were established