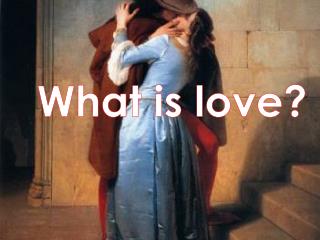 The Love of Wisdom - . steven b. cowan james s. spiegel. introduction to philosophy. what is philosophy?. philo + sophia

Developing and Enriching Intimate Relationships - . obstacles to love. low self-esteem if i can’t love me then how can

The Merchant of Venice - . themes in the play. love and wealth…. many works of literature deal with conflicts between

The Psychology of Love - . love versus liking. there are many different theories of love love is a basic human emotion,

LOVE - Starter: wordsearch. love. what does love mean?. different uses of the word love. eros. sexual- 'being in love'.

I Love Pizza! - . written by jessica kratzer, literacy &amp; at coach, d75/nycdoe. i love pizza. all kinds of

The Passionate Shepherd to His Love by Christopher Marlowe - . gretchen seewald and laura berge. come live with me and be