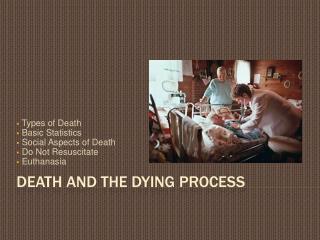 Death and the Dying Process Types of Death Basic Statistics Social Aspects of Death Do Not Resuscitate Euthanasia. Death and the Dying Process. Thanatologists : People who study death and dying. Two types of death: Functional Death : Absence of a heart-beat and breathing. Brain Death :

Death and the Dying Process

The Electoral Process - . the nominating process. critical first step. nomination – the naming of those who will seek

Abdominal Compartment Syndrome - . by sharra way - bingham, rn. ? what it is ?. a disease process that dramatically