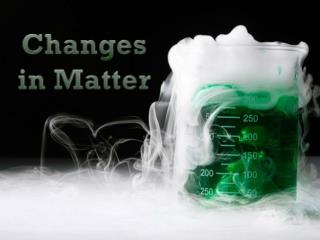 Changes in Matter. The BIG Idea. Everything around you is matter. All matter is made up of elements, the smallest unit of which is the atom, and is described by its properties and composition. Objective 1 (CK). Atoms, Molecules, and Compounds